Marvel’s Agent Carter debuted 3 years ago and ran for only two seasons before being cancelled, not by Marvel, but by ABC. Since then, there have been many movements to get Agent Carter to return to the screen. Kevin Feige has commented that he would ‘love to see Peggy return in a movie or a third season’ and Hayley Atwell consistently hints at her return (since the new year at least), having even said that she ‘wouldn’t rule out’ another appearance as the S.H.I.E.L.D. cofounder. There was even a petition in 2017 for a third season that was, of course, unsuccessful as ABC still refused to fund the show (as it was cancelled due to money issues as Atwell revealed in a recent interview with The AV Club).

It was a great show with a great cast of supporting characters and it really stands out from the rest of the MCU material (despite its many scientific inaccuracies) and it would be a shame if we do not see any more of Atwell’s Agent Carter in the MCU.

First of all, we know Peggy survives until the events of Captain America: Civil War and likely stays involved with S.H.I.E.L.D. (at least until retirement age). Secondly, five months ago, Hayley Atwell posted the above image on Instagram mentioning in the caption that she was in Georgia. Georgia is the filming location of many of the Marvel films and TV shows. This suggests that she may be returning in an upcoming MCU film.

I doubt that it would be Avengers 4 unless she appears in a flashback (which would be pretty disappointing) as she is dead in the current timeline. Also, Avengers 4 had only just started filming and production at that time (as they were basically filming it at the same time as Infinity War). Secondly, and more likely, she could appear in Captain Marvel. To be released in March next year, Captain Marvel will be set in the 90s (at which point Carter would be in her 60s but that’s barely a challenge for the Marvel makeup department at this point). 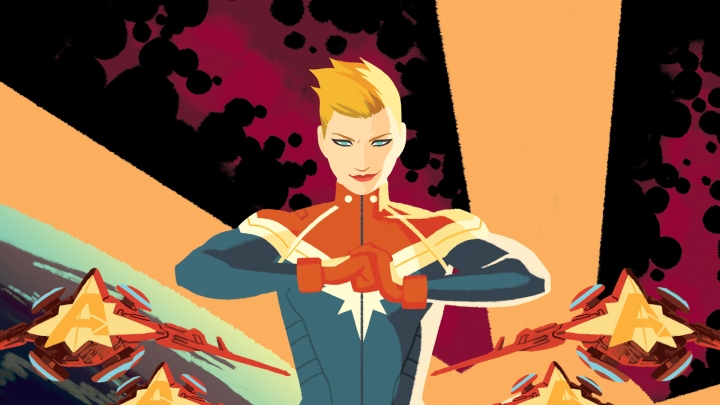 Captain Marvel will follow Carol Danvers (Brie Larson) as she ‘becomes one of the universe’s most powerful heroes’ when Earth is caught in the middle of the Kree-Skrull War. She does, of course, get involved with S.H.I.E.L.D. (which Carter is presumably still involved with, even if it is in a minor fashion) and, in turn, Samuel L. Jackson’s Nick Fury and Clark Gregg’s Agent Coulson (who has been active on his Instagram page recently, sharing on-set Captain Marvel pictures). I think this is very likely and it would be a little strange if we saw no sign of Agent Carter in the film but let me know what you think in the comments. 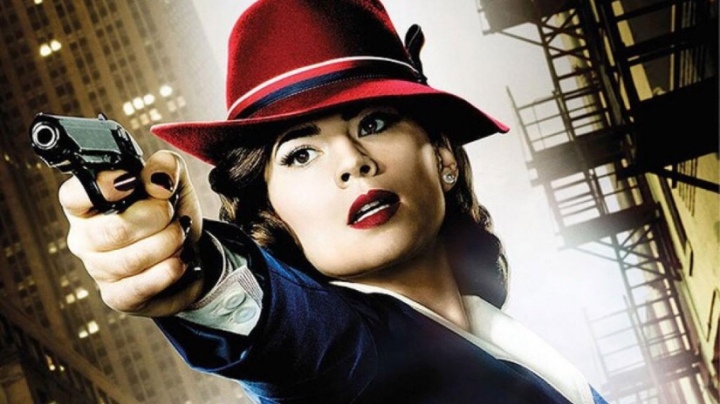 This is easily the least likely of the options but could bring some interesting concepts to the MCU. It looks like the MCU might be straying into some complicated territory with the introduction of some of the X-Men characters from the FOX deal and their plan to go more into space in the upcoming phases. It could be very easy for them to get a little more interesting with the Earth-bound stories and separate them somewhat from the larger-scale events of the MCU (especially if they were smaller scale and not affecting the current MCU storyline). Agent Carter could be Marvel’s perfect segue into a darker, more down-to-earth side of the MCU, getting rid of the cookie-cutter save-the-world system that we see over and over again with each MCU film.

We could see more of an Atomic Blonde or Kinsman style action-comedy Agent Carter film set in the 50s or 60s (which Atwell said she would be very excited to do in a recent BUILD interview). We could also see an Agent Carter film set in the 80s. This could be really interesting and could travel to Europe for a different tone. The issue, however, would be her age as she would be in her 50s during the 80s. This could be changed, however, in an alternate universe-style situation in which we see a pocket or alternate universe created (zero-matter could even be used as an excuse) and her ageing could be slowed (maybe by a super-soldier-type serum that Stark creates). This would also create an environment in which her actions (and the events of the film) would not be constricted by what has already happened in the MCU. 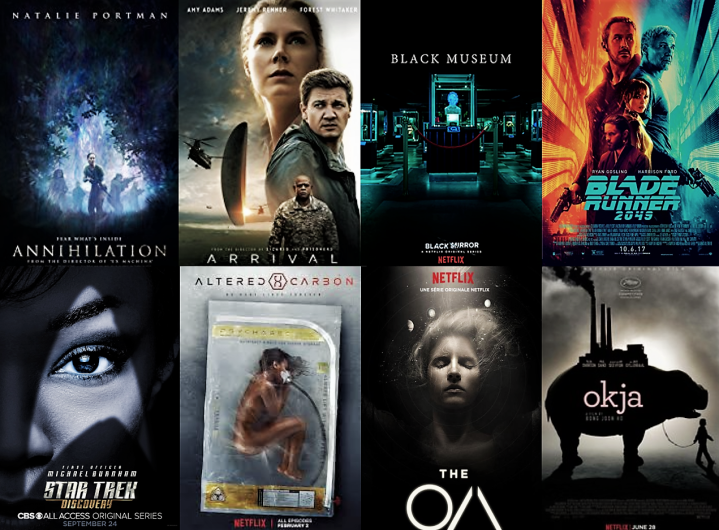 Though this option is related to how a return could be achieved in the real world, it is certainly a viable option that would save the show (or create Agent Carter films) without the restriction of ABC. Unless Marvel has an exclusivity agreement with ABC, they could arrange an agreement with Amazon Prime or Netflix (both of whom seem eager to pick up interesting properties – especially those science-fiction related).

This could not only create a miniseries opportunity (which would be amazing) but is also fairly likely as Agent Carter is on Amazon Prime and Netflix is likely looking for new ideas to continue their slate of Marvel shows that are somewhat inconsistent in quality. Also, if this were to happen, they might lean into Emily VanCamp’s Agent 13 instead of Agent Carter (though both could be done as partner shows). I do think, however, that Carter is the way to go as, not only is it wanted by many, but 13’s romance with Steve is very weird because she is Carter’s daughter, and if Agents of S.H.I.E.L.D. is any indication of Marvel’s ability to do a show set in the modern day, it might not be that great.

I hope you liked this post and be sure to read more of our content at ScreenHub or like our FaceBook page. Also, check out my post ‘6 Years On: The Cast Of The Avengers Then And Now‘ and my post updating you on Everything We Know About HBO’s Watchmen TV Show.