Since the slasher sub-genre of horror films exploded into cinemas in the late ’70s, many critics have attacked the genre as being sexist against women. Films like Halloween, Friday the 13th and others are often labelled as misogynistic morality tales that punish those living their lives freely, and only reward the so-called “good girls” with their lives. This is a tune sang by many of America’s most prominent film critics. Gene Siskel and Roger Ebert, for example, did an entire episode of At The Movies attacking slasher films as sexist.

Though the two greatly enjoyed Halloween, they showed no sympathy for its imitators. Gene Siskel was especially angry during the segment:

I’m convinced it has something to do with the growth of the women’s movement in America in the last decade. I think that these movies are some kind of primordial response by some very sick people of men saying ‘get back in your place, women.’

It is an argument by many for the last 30 years, but just how true is it? Are these films really sexist, or is it the exact opposite? Could the slasher genre actually be the most overtly pro-women genre in all of horror?

What Is A Slasher Film?

To answer that question, we must first ask: What is a slasher film? Slasher films follow a specific formula of a group of teenagers — often in an isolated setting like a summer camp or sorority house — getting picked off one by one by a killer until only one character remains to face the killer alone. This character (with rare exception), is a woman, and the archetype has since been dubbed the final girl character in the genre. Though the slasher genre was heavily influential on such films as The Terminator, Alien, Predator and even Die Hard, this is the genre in its purest form. So just what can be found in this genre that sends a good message for women?

The Final Girl Is Tested

There are some trends in slasher films that may be troubling at first glance, from high body counts to terrorized female leads, but these all serve a greater purpose. They put the heroin to the test. One of the main appeals of the slasher genre is they have high body counts and showcase gory special effects. If these films were meant to showcase strong female leads, what purpose does the body count beforehand serve? After all, Silence of the Lambs is about a woman fighting a killer, but it doesn’t follow the slasher formula. Instead, it focuses on Clarice’s career and resources to show how she bests the villain. Doesn’t this mean the body count is pure exploitation and completely unnecessary?

The first answer is: Slasher fans simply love a good special effect. I mean, I do. But a bigger, more important reason is it better establishes the threat our heroine must face. Good slasher films such as Halloween and Nightmare on Elm Street feature likeable casts of characters, so when they are murdered, their deaths are very impactful. That fills the audience with a desire to see the killer punished, and when the leading lady finally picks up that knife, you will hear the audience cheering her on.

The leading lady being terrorized is also a key element in slasher films and a major point for detractors. This, however, goes back to age-old storytelling techniques of putting the lead through a trial by fire. This makes their survival all the more rewarding. Imagine if the leading lady in these movies was never in any danger — where would the reward be when she finally takes down the killer? The audience not only delights in seeing the characters they love be avenged, they like seeing the heroin avenge herself and everything she has suffered. You’ll hear slasher fans chant as Ginny revs up her chainsaw in Friday the 13th Part 2: “Go get him!”

One major point against these films is the sexually active girl is often shown being killed. Siskel once again points this out on the At The Movies segment:

These women in the film are typically portrayed as independent, as sexual, as enjoying life, and the killer typically, not all the time but most often, is a man who is sexually frustrated with these new, aggressive women.

Once again though, just how accurate is this? Does the sexually active girl always get killed? Believe it or not, the answer is no.

Several leads from the Friday the 13th series, such as Alice and Ginny (from Parts 1 and 2, respectively), are shown to be sexually active. Ginny, for example, is having an affair with her boss. Both of these young ladies (and many others in the genre) still take up the mantle and are able to save themselves by the time the credits roll. Not all the girls who make it through these films are the so-called good girls — they just happen to have other qualities that allow them to rise to the challenge.

Still, many of the girls who are killed are promiscuous, but this doesn’t mean they are portrayed as bad people. Tina from Nightmare on Elm Street is shown to have a legitimately warm relationship with her boyfriend, and her death weighs heavily on the main hero for the rest of the film. In the best movies of the genre, the deaths aren’t taken lightly. 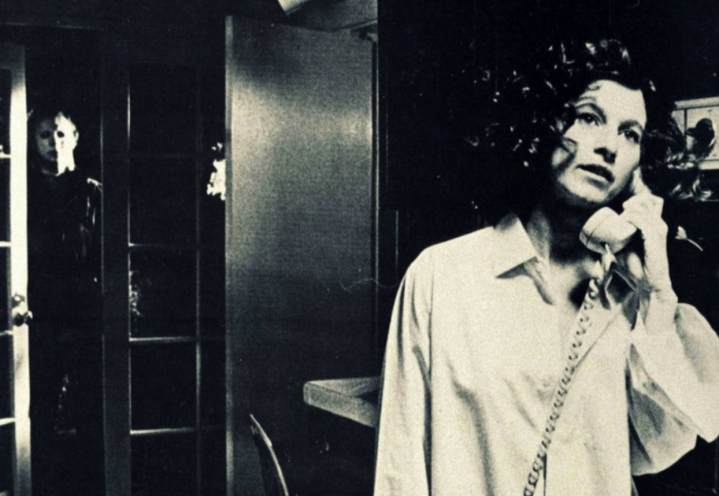 So, why are the sexually active girls killed a lot? This was likely a misunderstanding of the film that kicked off the trend — John Carpenter’s Halloween. Victims Annie and Lynda were focused on their boyfriends while Laurie was doing her job as a babysitter. Carpenter himself stated the intention wasn’t to punish sexuality. Laurie is, after all, shown as being interested in boys, mulling over a crush she has at school. The difference between Laurie as her friends isn’t lack of interest in boys. She’s just smarter.

Intelligence Is A Key Quality

Intelligence is one of the defining traits of the heroines in slasher films. Often, the heroine is portrayed as a budding intellectual, interested in books, studying, and outlining career prospects. Most of the victims in these films are too busy living in the moment, while the heroine is busy thinking about her future. Fitting, since it’s usually that character that ends up having one.

Laurie Strode of Halloween set this trend. Throughout the film, she is shown in the presence of books and reading materials. Several of her earlier scenes show her in the classroom, and more than that, she’s paying attention to her lessons, correctly answering a question asked by her teacher even though she’s creeped out by a killer. Later, Laurie despairs that she forgot her chemistry book, a concern the other girls brush off. They also brush off Laurie’s fears that she’s being stalked, learning far too late that those fears are real. Since Laurie is smarter, she notices something is wrong and is better prepared for the final battle.

The character of Pam from The Prowler is another excellent example. Pam is a character very much in the spirit of Nancy Drew — someone who investigates as the bodies pile up around her, seldom running away from the danger when faced with a clue. Pam instead runs into the danger in an effort to find out the killer’s identity so they may be brought to justice. In the end, she is cut off from all help and must confront the killer alone, something she proves very good at when she gets her hands on a double-barreled shotgun.

A Fight To The Death At the end of The Prowler, Pam puts two barrels of a shotgun in the killer’s mouth and pulls the trigger. This is a common end to films of this genre because one trait found in practically every slasher film heroin is they are fighters, using brute force to keep themselves alive however they can. 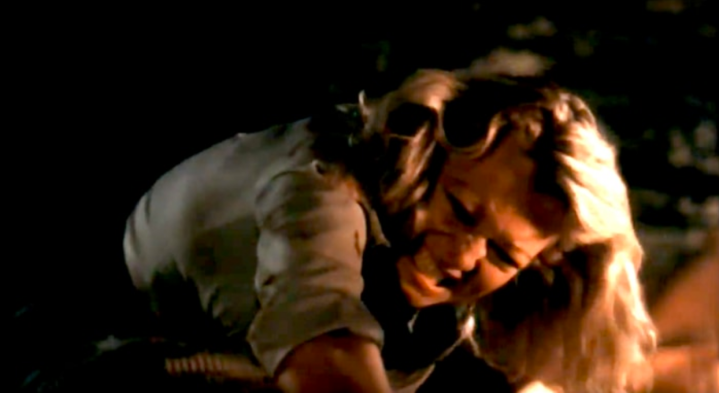 Whether it be by knife, chainsaw or shotgun, none of these girls ever back down. Often times the killer meets the most colourful ending of anyone in the cast. In the highly underrated Just Before Dawn, the heroic Connie doesn’t use weapons to dispatch her attacker. She kills him with her bare hands. In the midst of a fight, she is able to smother the hulking psycho to death!

Perhaps no horror film heroin is more admired or beloved than Nancy Thompson, arch nemesis of Freddy Krueger. Even from the beginning, Nancy shows herself to be defiant, cursing Freddy and claiming he’s only a dream. Like Pam, she rushes into the danger, willingly going to sleep in order to find her attacker and his weaknesses.

In their final battle, Nancy deals out some serious punishment for her crispy stalker. She hits him with a sledgehammer, injures him with a shrapnel-filled light bulb, and even sets him on fire as he begs for mercy. That’s just for starters because Nancy tangos with Freddy two more times. Freddy even enters the real world to try and kill the actress who played Nancy so she would never trouble him again. He fails, and Nancy is the one who beats him once and for all. Nancy is a role model like so many other brave young women in slashers.

A surprising trait found in the leading ladies of slashers is many of them are very career oriented. This is usually the reason they’re not interested in boys, preferring to focus on jobs and earning money to prepare for the road ahead. This was another trend set by Laurie in Halloween. Early on in the film, Annie laments that Laurie must have a lot of money from babysitting so much. What Laurie and many other slasher leading ladies do is try to form good habits that will help them better make it in the world. It makes them more interesting and likeable to audiences, and in some cases, proves to be their salvation. 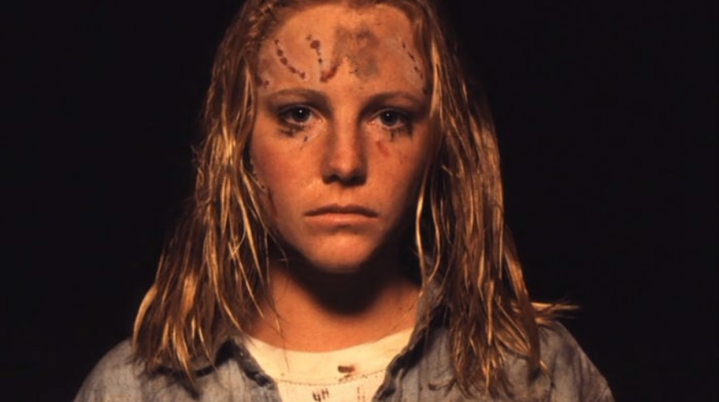 Ginny Field from Friday the 13th Part 2 is a character focused heavily on her future. Throughout the film, numerous references are made to her college career, where she’s studying to be a social worker and help children. Later on, she’s faced with the character of Jason, who suffers from down syndrome, rendering him very childlike. Ginny uses this against him.

Confronted in the killer’s cabin, Ginny learns her attacker’s identity and decides to use her skills in psychology to gain the upper hand. Using what she knows about Jason, Ginny dons his late mother’s sweater and speaks to the madman as if she’s his mother. The ruse fools Jason, allowing Ginny to put him down for the count and save herself. In the case of Ginny, her career prospects are what saves her life. Siskel decried slasher films as calls for women to “get back in their place.” Friday the 13th Part 2 is the opposite. Its message to young women is that trying to be somebody is what keeps you alive.

Many slasher films are not great cinema, and that is their biggest crime. When Siskel and Ebert devoted all their attention and fury to the explosion of slasher films in the ’80s, many of them were simply poorly made attempts to cash in on Halloween‘s success. The diamonds in the rough, however, often share a common theme in that they’re not the story of a killer, they’re the story of a girl. These are stories of girls with bright futures, sharp minds, and iron wills who are put to the ultimate test of adversity. In surviving, they vindicate the best things about themselves.

Like these horror related articles? Check out these other pieces by some of our top contributors!