Edit: it appears this show has been cancelled from Amazon Prime’s Slate, we’ll update the story should any developments get announced.

Crom! In the wake of Game of Thrones coming to an end in 2019, many platforms have been looking for a replacement show to fill that vacuum. We have The Witcher being developed over at Netflix and a Fellowship of the Ring prequel in the works at Amazon. Now, the streaming giant and online shopping centre are working on another fantastical adaption for your consideration.

END_OF_DOCUMENT_TOKEN_TO_BE_REPLACED

Aquaman has been something of a running joke in comic book culture. He’s been ridiculed, parodied, and teased by fans and critics alike for decades, so the pressure was really on Warner Bros and DC to try to make the King of Atlantis cool for modern audiences. Zack Snyder found his Atleantean in Jason Momoa and sought to re-invent the character. We got our first … END_OF_DOCUMENT_TOKEN_TO_BE_REPLACED 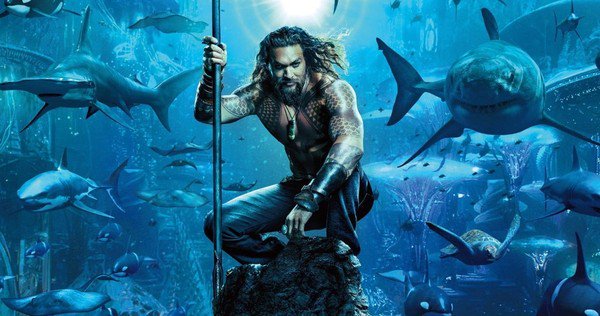 The big winner at this year’s San Diego Comic-Con was without a doubt Warner Bros, dishing out a ton of amazing trailers and news, including a sneak peek at Wonder Woman 1984, a surprise trailer for Shazam!, a look ahead at their TV programs including a look at the DC streaming service, and killer trailer for Fantastic Beasts: The Crimes of Grindelwald; a contender for best trailer of the show in my opinion. But the clear audience winner was the trailer for Aquaman. At the time of the start of this writing, a day after the trailer debuted, it’s still the number one trending video on youtube. The film is due this December and has only just started its marketing campaign, causing a lot of hype and anticipation around the film. Now that the trailer has surfaced (sorry), let’s talk about it and why it was actually a bit of a letdown.