On January 13th, filming officially began on Blumhouse’s next instalment of the Halloween series, directed by David Gordon Green with a screenplay by him and Danny McBride. Since last year, the web has been alive with news and speculation on the project, and early reports suggest a real effort to return to the spirit of the original classic and deliver what has the potential to be the first sequel on par with the original.

So what is everyone doing right?

As the Halloween series wore on, Michael became increasingly un-killable, leaving many to feel the story went from frightening to a farce. McBride expressed his desire to move away from these tropes.

“I really think what happens with it is that he basically becomes Frankenstein. No matter what anyone hits him with he’s not gonna die. There’s no suspense thinking that maybe someone will escape.”

McBride stated one intention of his team is to make the character more mortal, thus increasing the realism of the film and making it more like the original.

“I think it became harder and harder to identify with the people in the movie or the situation because it seemed so preposterous. The first Halloween just works on such a gut level of there’s someone who’s escaped an asylum and he’s in this town.”

Given McBride’s statements here, it’s likely we’ll be seeing a far more vulnerable version of the character more akin to the original film. While he may not seem as unstoppable, that may make the character more believable and could go a long way in making him more frightening.

Arguably the biggest misstep made by any of the sequels was the introduction of a detailed backstory to the Myers character, a story that made him the brother of the Curtis character and explained his previously ambiguous supernatural traits.

Carpenter himself stated he only made Michael Laurie’s brother in the second film to find some way to continue the story and has since regretted the decision. McBride further elaborated on this plot point and why it wouldn’t be included in the latest film.

“Honestly even the moment they made Laurie and Michael Myers siblings it also makes it not quite as scary. Those are the things I think took a really amazing idea and took it somewhere where it wasn’t quite as effective.”

It was perhaps for this reason that Carpenter and McBride said they’re going to ignore all the sequels, including Halloween II, and have this be a direct sequel to the original. The new film will thus ignore all of the previously established backstories, including the notorious 6th film which revealed Michael was merely the tool for a murderous cult. McBride hopes to return to the more minimalist approach of the original.

“We don’t want to get that by giving him some convoluted backstory that humanizes him. We just want to get it right down to the point.”

John Carpenter further elaborated in another interview, stating that it’s Michael’s vagueness that gives him power.

“Michael Myers is not a character. He’s a force of nature. He’s not a person. He’s part supernatural, part human. He’s like the wind, an evil wind. If you start straying away from that, and you get into explaining, then you’ve lost.”

Perhaps the biggest news is the return of three big names who helped make the original so special. The first of these is director John Carpenter himself. He was reportedly quite impressed with McBride’s and Green’s pitch for the film, and not only agreed to come on and produce the soundtrack for the movie, but also came on board as an executive producer. McBride spoke of the meeting between him and Carpenter in a radio interview.

“We went and pitched our take to him which was crazy to sit in a room with him and tell him where you think Michael Myers should go next. Luckily he was into it. He dug it.”

Carpenter, who expressed dislike of the Halloween sequels, also spoke about his involvement

“I decided, after bitching for years and years about Halloween sequels, I would come aboard and shepherd this thing. I’ll help, support the director, and since I’m here with Malek Akkad, and the horror superstar Jason Blum, what could go wrong?”

Even more surprising was the return of Jamie Lee Curtis, who initially left the series back in 2002 after producers decided to make another film after H20, which she intended to be the series’ final film. In September of 2017 however, she unexpectedly announced her return to the series by tweeting this pair of images with her and her arch nemesis, accompanied by the cryptic message 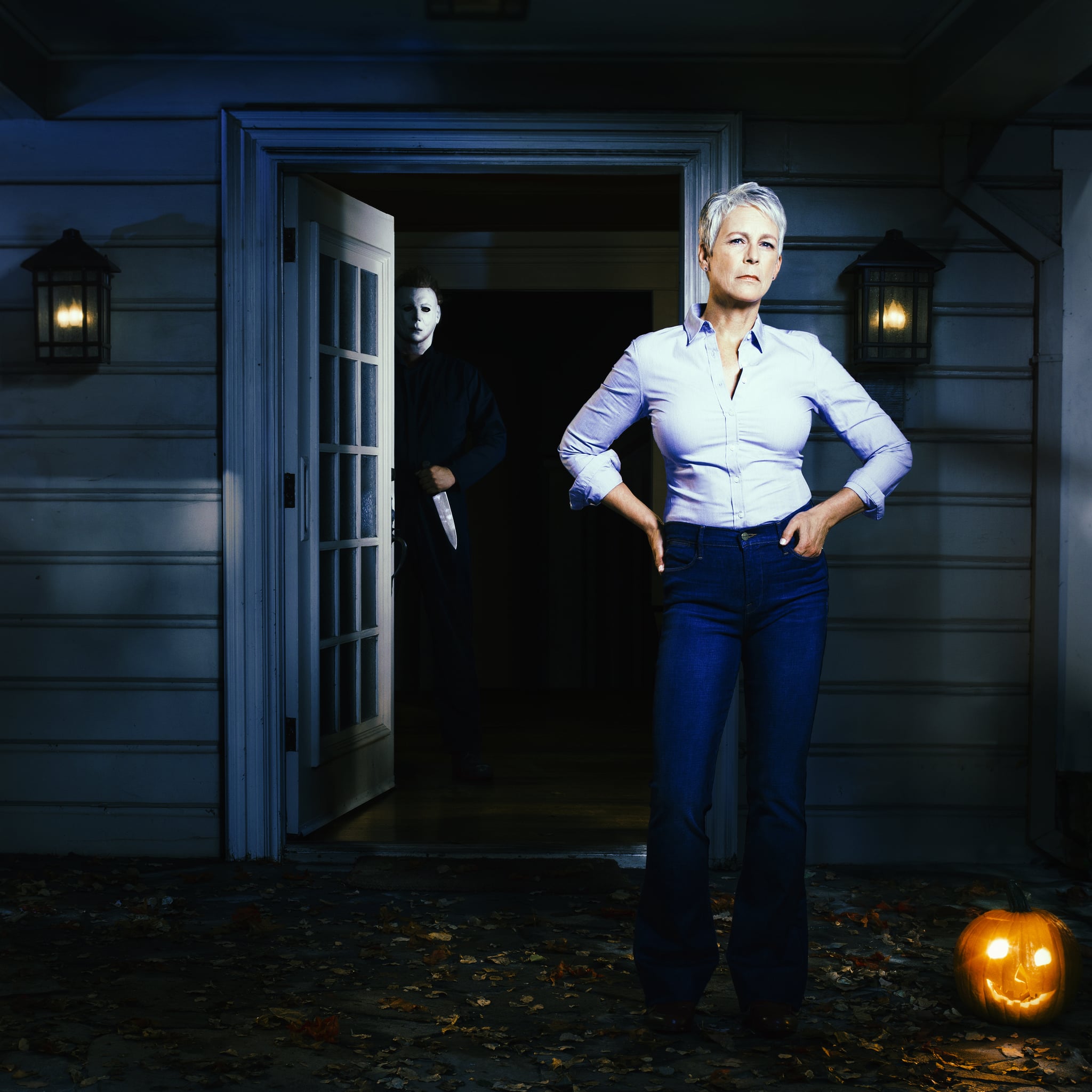 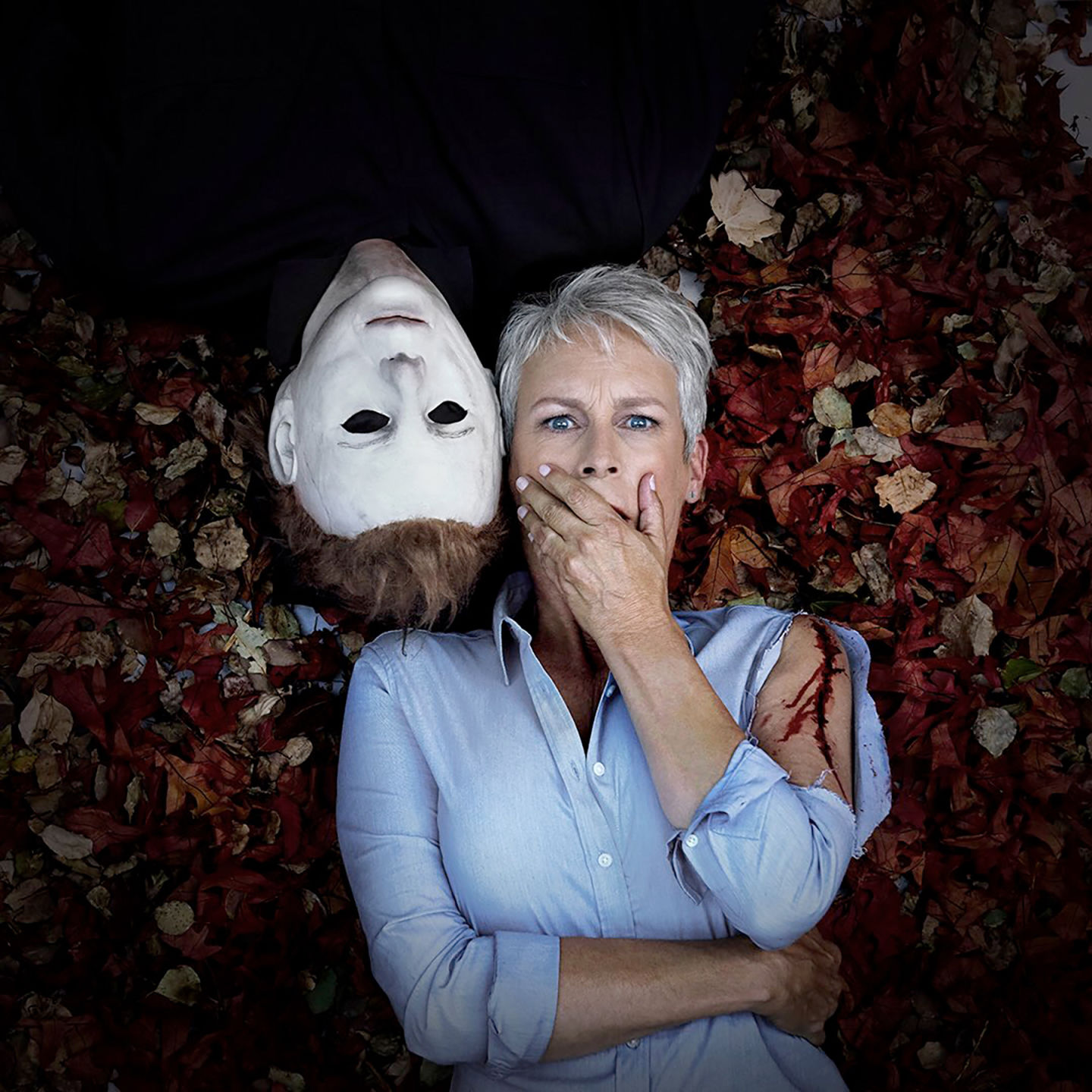 Curtis’ return marks her 5th Halloween film overall (6 if you count her brief cameo in Season of the Witch). She has stated this will likely be her final foray into the series and given both her and Carpenter’s public desires to end it on a high note, their returns may spell doom for the famous boogeyman.

Perhaps most surprising of all is the return of Nick Castle, the man who originally donned the mask. Castle’s almost ethereal movements created a lot of the menace behind the character in the original, and most fans agree that he’s the definitive Michael Myers.

Since Halloween, Castle has enjoyed a successful career in Hollywood, directing such films as Last Star Fighter and The Boy Who Could Fly, and helping to write such films as August Rush and Spielberg’s cult classic, Hook. This will mark the first time Castle played the character since the original, and now 70, he will be portraying an aged version of the famous killer.

Not since 1978 have all three of these players been involved in the series, and that they’ve all returned does show great promise for this film.

This latest sequel marks a fresh start for a series that for forty years has been trying to recapture the magic of the original classic. Given the return of numerous series veterans and the intentions of McBride and Green, it looks like this sequel may be Michael’s best shot at once more giving the world nightmares. Carpenter, who reportedly has a healthy amount of input for this film, seems to have a vision for this sequel.

“38 years after the original Halloween I’m going to help to try to make the 10th sequel the scariest of them all.”