(Disclaimer: This post contains spoilers for Black Panther and all other MCU movies released to date. If you have not yet seen the movie, read my spoiler-free review at The Sci-Fi Critic)

The latest instalment in the ever-growing MCU, Black Panther, is coming out world-wide this week and, as one of the most highly anticipated MCU films ever, it has a predicted box-office opening weekend of $180 million. Earlier this week, I got the opportunity to go see the film (read my review at The Sci-Fi Critic here) and in this post I will be breaking down the ending and looking at what effects the film may have on the future of the MCU. 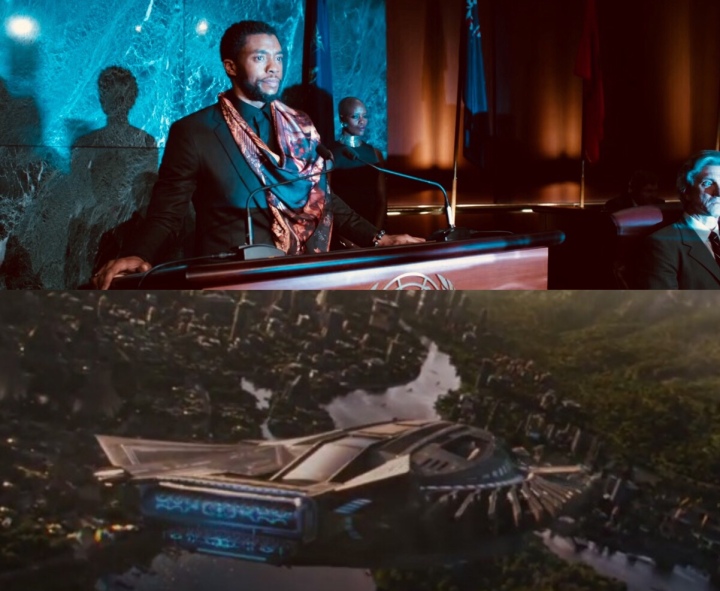 In the mid-credit scene for Black Panther, Chadwick Boseman’s T’Challa is Seen speaking to the UN (above) alongside Danai Gurira’s Okoye and Lupita Nyong’o’s Nakia. He tells the group that from that moment forward, Wakanda will be sharing their technology with the world (and, of course, unveiling its true nature). This, of course, is met with laughing from the unknowing ambassadors.

Though this scene provides some comedy relief, it also has a massive effect on the future of the MCU. The introduction of Wakandan technology to the whole world in this universe will not only advance day-to-day life to a point where it looks more like the cityscapes of Guardians Of the Galaxy to modern day earth, but it will also advance the technology used by outer main characters. This tech is likely what allows Iron Man to create his new suit that we saw in the latest Avengers: Infinity War Trailer (presumably the Endosym or Bleeding Edge armour). It will also advance the technology behind Falcon’s wings and that used by the various members of the Guardians of the Galaxy.

In the final scene of the movie (pre-credits), we learn that T’Challa has founded new social and technological outreach centres across the world which will be spear-headed by Nakia and Letitia Wright’s Shuri. These outreach centres seem like a minor detail in comparison to the introduction of Wakandan technology to the wider world but they may act as a way to introduce a new main character: Riri Williams.

It has been speculated on that Riri Williams may make an appearance in the MCU, maybe even taking the role of Iron Heart, acting as a sort of replacement for Stark (who is likely to die in Infinity War). Though before this seemed like a stretch, the introduction of these outreach centre would make the character introduction much smoother. I think that, if Williams is introduced, it will likely be as an assistant to Shuri, interning or working under her at the technological outreach centre in New York. Also, depending on how the character is received, Marvel could keep her in this position as more of a nod to the comics, rather than making here a major character. 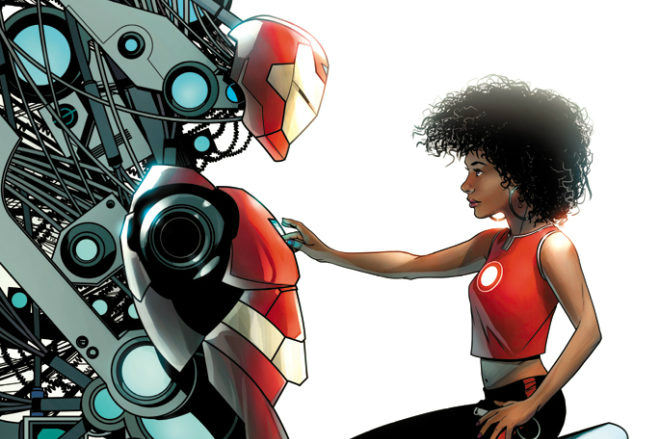 For those who do not know, Riri Williams (above) is Iron Man’s new protégé in the comics. Her basic backstory is as follows: following the death of her father, Williams received a full scholarship to MIT at the age of 15. She begins experimenting with making her own Iron Man suit but, after a security guard notices some suspicious behaviour, she I forced to don the suit. She proceeds to stop two escaping criminals, catching the attention of Tony Stark and the media (who give her the nickname ‘Iron Heart’). I think, if her character does appear in the MCU, her backstory will be changed but I am sure the MIT-based origin will stay the same and she will gain a job/internship/apprenticeship at the new Wakandan outreach centres and gain the attention of Stark through that. Again, this all seems very unlikely. It does, however, look less so when you look at the above tweets from Mike Deodato Jr. (artist of the Invincible Iron Man arc, which can also be seen above) and actress Skai Jackson, who the character design was based off. Her tweet shows her next to Tom Holland (the current Spider-man in the MCU), indicating that they may be working together (on Infinity War?). If Williams were to be introduced in the above way, it is very likely that she would meet Peter Parker as Parker will likely be working closely with (though probably more as an errand boy for) RDJ’s Tony Stark. 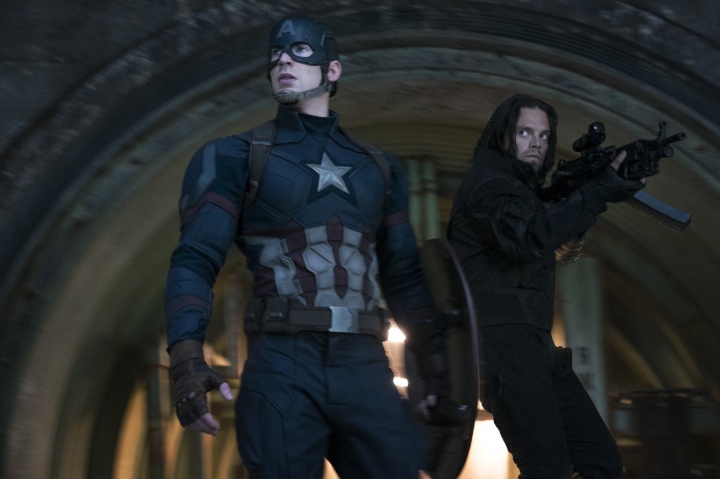 The final post-credits scene is fairly unimpressive. It simply shows Bucky (above right acted by Sebastian Stan) waking up in Wakanda and walking out of a tent to be greeted by Shuri. This is probably one of the less interesting post-credit scenes we have had as we already knew that Bucky was in Wakanda (after he was frozen after Civil War) and we knew he would wake up before Infinity War as we see him in the trailers. It does, however, make it seem as if Cap and Bucky will both be starting Infinity War in Wakanda as Cap will probably be contacted when Bucky begins to recover from his freeze. 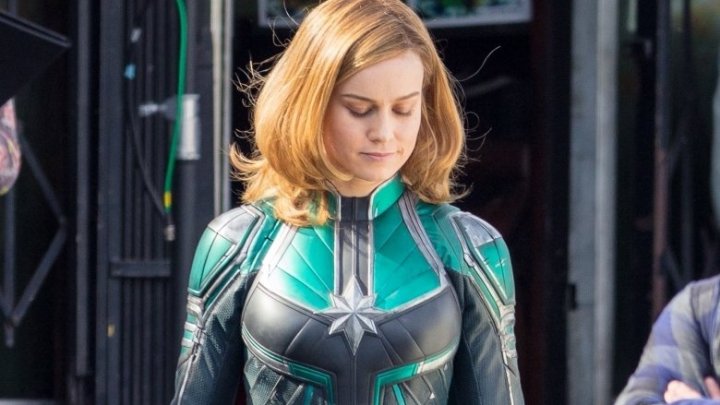 Finally, something that stood out about the movie was the lack of Infinity Stone (which I am thankful for as the simple stone story is getting seriously repetitive). Though this may seem like nothing, all of the stones must appear before Avengers 4, meaning that, unless we come across the Soul Stone in Infinity War, it must come up in either Ant-Man and the Wasp or Captain Marvel. I think the Ant-Man sequel is going to follow the rescue and backstory of Michelle Pfeiffer’s Janet van Dyne. This means the stone will likely appear in Captain Marvel, meaning it is currently either in space, likely in the possession of the Skrulls or Thanos (or one of his minions). Anyway, let me know where you think we may see the Soul Stone and where it may be now. 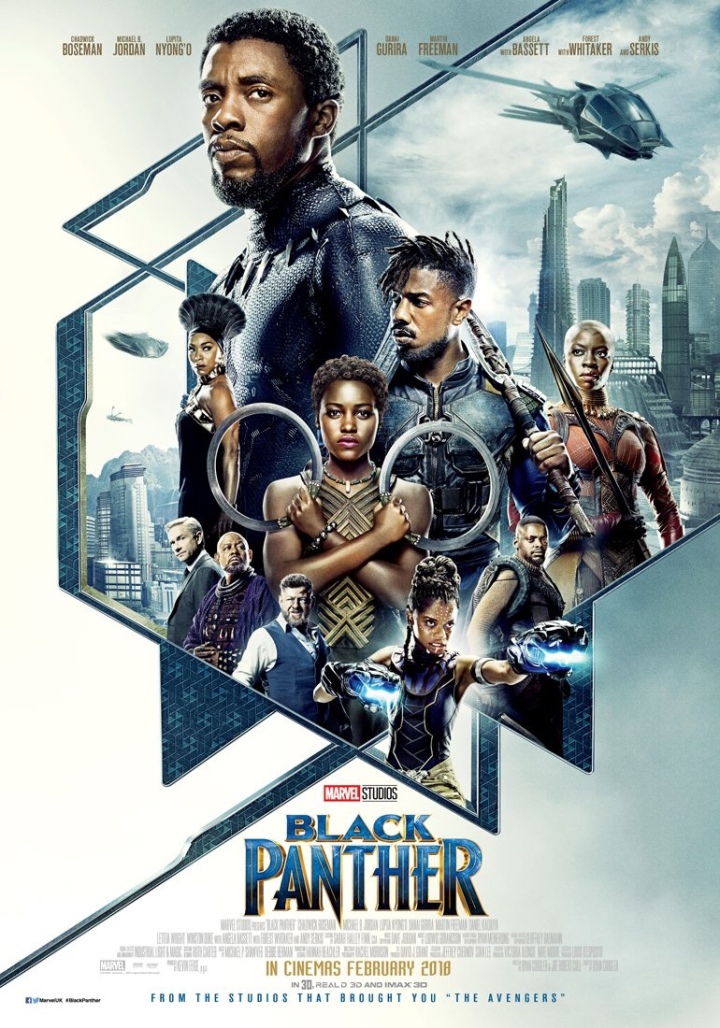 I hope you liked the post and be sure to let me know what you think in the comments. Also, be sure to check out my review of Black Panther at The Sci-Fi Critic or my article updating you on everything we know about HBO’s Watchmen show.

3 thoughts on “What Do The Events Of ‘Black Panther’ Mean For The MCU? – ScreenHub Entertainment”