When it comes to Blumhouse’s imminent release of Halloween, few sources are as informative and interesting as Nick Castle. Castle, who played the killer in the 1978 original, has taken to social media since returning to his iconic role, and has brought some unexpected surprises to fans the last few weeks, namely that he’s performing all the voice acting for the character.

Now before we grab the pitchforks and torches, let me clarify. No. Michael Myers doesn’t talk in the new film, but that doesn’t mean there aren’t some vocalizations that need to be done. I’m of course talking about the character’s trademark heavy breathing and the occasional wheezing grunts he made in the first movie.

Nick Castle opted to perform these duties, and shared these pictures of himself during the sound mixing process. His first scene appears to be during the hospital sequence at the start, when he’s approached by the documentary film crew after his killing spree. Michael’s shoulder is visible on the screen.

In another tweet, Castle shared his voice acting for a later scene in the film after Michael has donned his mask, and is chasing after Laurie Strode once more.

Guess who's breathing behind that mask? pic.twitter.com/P4hzlN4JWa

This is a welcome surprise to many fans as most of the acting is being done by James Jude Courtney. Courtney portrays Michael for most of the film, with Castle on set to provide work for a few key sequences. Castle was highly supportive of Courtney, saying that this was primarily his portrayal in the new film, and that he was passing the torch to the stuntman.

He has a stunt background, so he’s doing a lot of the physical work on the show. I’m coming down to bless the set, and to do a couple of shots here and there.

Castle also elaborated that the movie will try to stay more grounded in reality like the original, shying away from the more supernatural interpretations of the character to make Michael seem more real.

In that he can take a lot of punishment, they keep it pretty real. I have seen some of the sequels where they suggested other worldly reasons for his power, but this one does not have that.

Courtney also talked about his playing of the character. In some interviews he said a lot of inspiration came from observing his own pet cat to copy its more predatory movements. On the character’s more violent aspects, he also took a few tips from a hit man in the Mafia.

I learned how to kill from a mafia hitman who lived with me when he got out of prison. I was writing his life story, so he went to see the movie I did: it was called The Hit List. It wasn’t a big movie or anything, and when we walked out he was like, ‘Jimmy, it was a really nice movie but that’s not how you kill people.’ I’ve been complimented many times here on set on how efficiently I kill, and all I did was take what he taught me.

Like Castle, Courtney has shared a lot of news from the set, such as this moment when he met with Jamie Lee Curtis on set in preparation for one of their scenes. You can see the character’s coveralls, as well as the make-up on Courtney’s hands.

What an honor to work with this iconic, magnificent, powerful woman! pic.twitter.com/b3whN3vkwu

Still, both actors did have a lot to do on the set. While being interviewed, Both Castle and Courtney were still clad in the infamous blue overalls. When asked what was on them, Courtney chimed in.

It’s not known precisely where Castle will play Michael in the movie, though at least one shot from the trailer is confirmed to be him. The shot is this one, where Michael can be seen staring menacingly out at Laurie from a second story window.

Blumhouse also released with image of Michael Myers doing his signature head tilt, something that was popularized by Nick Castle in the original film. Given that Castle performed this during his known sequence from the trailer, it’s also possible that he has donned the mask in this particular sequence. 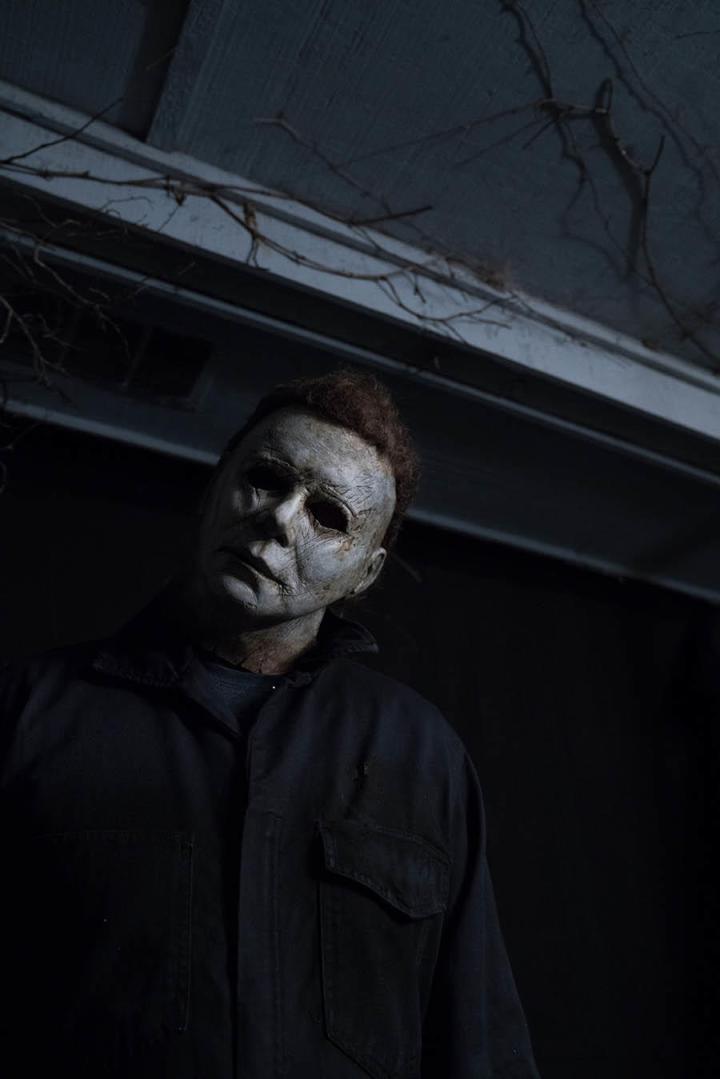 By all accounts, Courtney has done some extraordinary work with the character, and fans will no doubt enjoy his portrayal in the upcoming film. Still, Castle is the man who made the character so iconic, and it’s great to see that he will be giving the character his voice once more, even if he’s not wearing the mask in every scene.

Enthusiam for the film has been contagious, not just with Castle, but also John Carpenter. Carpenter has endorsed the project, returning as executive producer as well as creative consultant and composer. Carpenter is currently wrapping up composing the new film, but that didn’t stop him from grabbing a bite with longtime friend Nick Castle. The pair recently posed for this picture, which Castle shared on Twitter.

After lunch at Musso’s with the Horror Master, he sends a big thumbs up to the fans. The film’s in last stage of mixing and looking great. pic.twitter.com/q01qG8wrFN

Carpenter throws a nice little easter egg to Halloween fans with this picture. His hat bears a graphic of Nick Castle in costume feeding a Dr. Pepper to his mask, based on this famous photo taken behind the scenes of the original film. 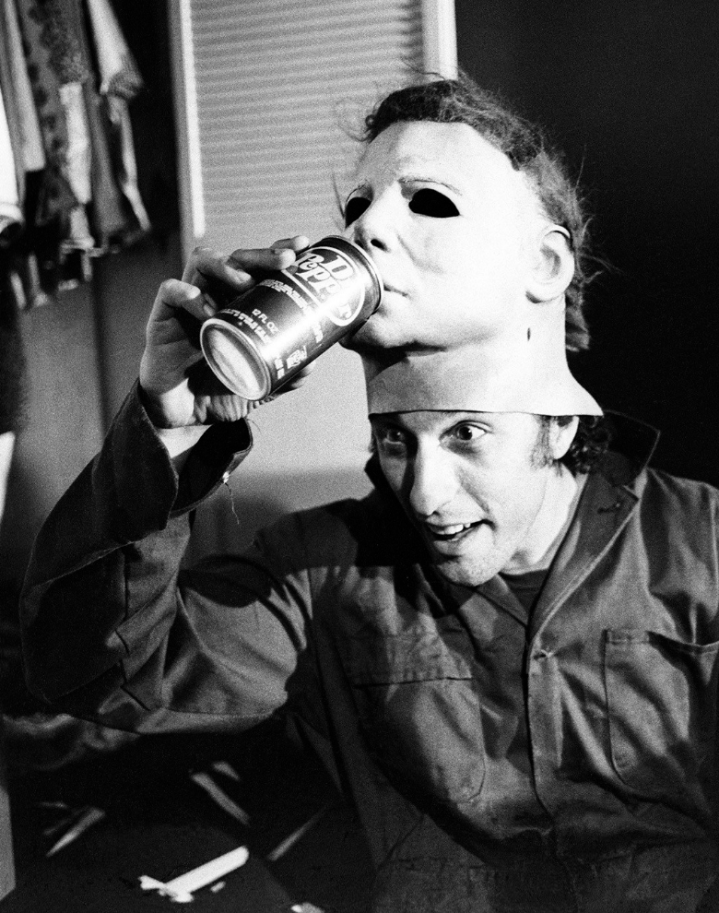 By the looks of things, they’re both very pleased with how this new film is evolving.  Halloween is set to be released on October 19th of 2018. Both Carpenter’s soundtrack and a novelization of the film are now available for pre-order.

Did you like this article? Check out these other horror themed pieces by some of our top contributors!