It’s a difficult task to make a socially relevant movie set in the 80s that’s simultaneously a “feel-good movie”, but Gurinder Chadha (Bend it like Beckham) has somehow done it in this movie inspired by the true story of Sarfraz Manzoor, who co-wrote the script.

Buy your tickets to ‘Blinded by the Light’ here! Not only do you get your tickets, but you’re helping ScreenHub continue to grow by buying your tickets through this link. [Credit: Warner Bros.]

The movie follows Viveik Kalra as Javed, a British born Pakistani living in Luton, England in 1987. Things are not so great for Javed; racial tensions are at an all-time high, with skinheads and neo-nazis threatening and belittling him, unfortunately, becoming normality. Set in the late 80s, the job market is also completely in the dumps thanks to Prime Minister Margaret Thatcher. On top of all that, Javed has to return home to his extremely traditional parents, who insist that Javed pursuit a career that will earn the family tons of money, such as a lawyer and his father insists that he studies economics in order to obtain that goal. And if that wasn’t enough; Javed can’t seem to land a date with a girl-the cherry on top of the pile of worries he already has to contend with.

So there’s a lot on his plate and Javed and he kind of just goes through the motions of his days, keeping his head down, trying not to offend anyone and make his traditional parents happy, despite his happiness not being so fulfilled. Then he bumps into Malik, a Sikh who happens to be listening to the most unlikely of music: the Boss himself, Bruce Springsteen. Shortly after, Javed’s life changes as he begins to listen to the music of Bruce and relates to what he’s singing about.

At first, he doesn’t even give The Boss a chance. What does a white guy from America know about his own struggle, being Pakistani in Britain in the 80s? As it turns out, Bruce speaks of the everyman and Javed is floored at how relatable his words are, with the lyrics to Bruce’s songs literally flying across the screen and projected onto the walls. Bruce gives him some hope, something to fight for and believe in and so he begins to fight the status quo.

What this movie does so well is showcase youthful optimism. The music has such an impact on Javed’s life and all he wants to do is share it with the people around him. Some of the best scenes in the movie feature Javed running around, singing Springsteen aloud for the world to hear. But in 1987, Bruce is considered passe by the youth, that’s your dad’s music someone comments. Not my dad, Javed retorts. Plus, like Javed, you don’t need to be a fan of Bruce’s music to appreciate this movie. 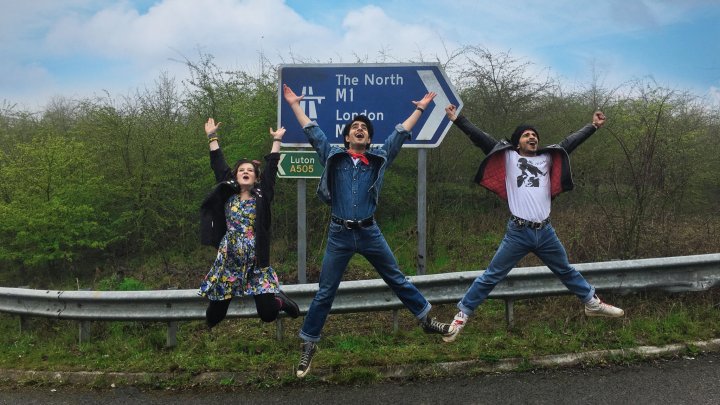 But while Bruce’s music gives new hope for Javed, the reality of the world is punching back. His family is in serious financial trouble thanks to the government and vandalism and abuse seem to be mounting against him and his family, with skinheads telling him to “go home” and children urinating through the letterbox of other Pakistani’s living in the neighbourhood. Not only does his race pose a problem for his general well being, but his social class also threatens his family thanks to a lack of jobs. Javed’s mother is forced to work on a sewing machine from dusk til dawn while his father frets over the cost of the planned wedding for his daughter that’s quickly approaching.

Despite being set in the 80s and in the United Kingdom, this film is still relevant to many people in 2019. There are many aspects of this film that may relate to you beyond the appreciation of what music can do to an individual. Maybe you’re witnessing racial tensions going on in 2019. Maybe you know a thing or two about trying to land a job in your field. Perhaps your parents wanted you to follow a particular path that you didn’t want to walk down. Maybe it’s just been a while since you saw a movie that wasn’t about the end of the world and instead, was just about what music can do to you. 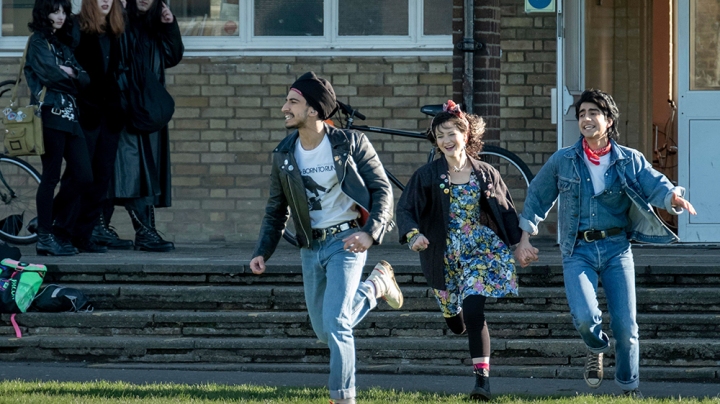 Blinded by the Light may hit some familiar story beats here and there, particularly with the conflicts between Javed and his father, but despite that familiarity, this simply a charming, heartwarming and relevant movie that I encourage you all to watch, regardless of where you come from.

Before you go, why not check out our latest, including our take on Shannon Lee’s opinions of Once Upon a Time in Hollywood and what the Russos had to say during their Reddit AMA.